Aurion’s content writer Kyle sat down with CMG CEO Shin Yamamoto during his visit to Aurion’s offices in July to find out what makes him tick, how he defines success, looking back and looking forward as well.

Q: How would you define success?

S: I feel like everyone has their own definition of success. If you spoke to someone with a “successful” life, they might say “I really wanted to be like this” or “this was my dream”. I don’t agree. Success comes from each day’s effort. If you focus on the small issues – the ones in front of you – and you’re solving these issue daily, people notice.

Success isn’t always something you control, that you make either. If you get promoted, even though you put in your best efforts, that decision is always made by someone else. It’s not your decision. When I was made CEO of Chandler Macleod, I didn’t think “I’ve made a success of myself”. Even though I was given this massive opportunity, I never felt like this is my final goal, and I now have a successful life.

Q: So you’re saying the idea of success is  more a feeling than an achievement?

S: Of course. You feel successful, not you are successful. If you launched your own startup, as opposed to working towards the top in an organisation as I have, then the idea of success is very different. If you own your own business, you strive to be valued by individual customers, and when you work within a corporate organisation, and I hate to say this, internal people are watching you – and your success can be determined by others.

When I was young – perhaps this is a bit too honest! – the reason I joined a staffing business back in 2004 was that I really wanted to establish my own staffing business in my hometown. But, at the end of the day, I realised I could contribute more, help across a whole range of experiences, and work with more people than I would be able to do if I went out by myself. I decided not to take that path.

So, am I successful? Evidently, I have made a success of myself on the path I chose. But it’s definitely not the only kind of success, maybe the success I feel is not the same I would feel doing something else. It’s tricky. Also, I’m happy, so that’s a success!

Q: Perfect! While we’re on this path, what would you say has been your greatest achievement?

Hmmmm. I don’t know if I’ve achieved it yet.

Q: Still working on it?

S: Yeah. Personally, I believe that every time when I need to make a decision, whether its private or business, my principle is “don’t regret it afterwards”. Because that’s your choice, and you’ve put yourself on that path. When I look back on both my personal life and my work life, I don’t have any regrets. So maybe that’s an achievement?

My greatest achievement is still to come. I believe you should always think like that.

Q: If you were to give the 19-year-old Shin some advice, what would you tell him?

S: I would say – ‘Stick to your own principals’.

Sometimes, in any situation – whether that be joining a new school or a new company – there’s a lot of influences, good and bad. You can be anything you want, and your opinion and the way you work can fluctuate. My advice is to consider what’s most important to you and your own principles, and not be influenced by other people too much. If you let other people influence you too much, you don’t have your own voice.

Q: Is that maybe because other people may not always be right?

S: Exactly. I would tell nineteen year old me to make his own path sooner than I did. Good thing I got there in the end!

Q: Exactly, here you sit! Alright, we’ve looked back in the past, looking forward to the future, what kind of technologies or practices would you like to see introduced in your lifetime?

S: Well, I guess this links back to staffing. And in a way, Japanese culture. In Japan, it’s really easy to experience different types of jobs, all within one lifetime. In Japan, they try to train you to be a generalist. But outside of Japan, it feels like once you’re in a sector of work you stay in that sector forever.

And that’s the beauty of Japan. The way it’s easy to work in different roles.

In the future, maybe if you wanted to try a different career path, whether that be an architect or a scuba diver, you could virtually experience what that job feels like. What the pressures and expectations are.

Q: So, you’re saying find a way to walk in someone else’s shoes?

S: Yeah, without leaving your own! Maybe that’s a “Matrix” type idea?! A way to unleash your potential without the risk. I’m working as a CEO today, but tomorrow if I wanted to put a different hat on – even just for a day – I could do it to see if it fits. That could be a way for people to truly find where their passions lie.

Q: Now that we’re talking about the future, where do you see your place in it? Where’s Shin in 15 years?

My father passed away at 53. That was too young to go. And I don’t think he was satisfied with his career. I was 22 when he died, and then I began thinking – ‘What if my life ends at 53? What if I only have the same amount of time?’.

It gave me a different perspective from a young age. I never gave myself a ‘final goal’. As I said, it’s easier to say ‘My dream is to be a CEO of a Fortune 500 or a multi-national company’ as that’s what people expect. But if you are really focused on the tasks in front of you and get them done accordingly – then people notice, and you can feel satisfied.

You want that feeling of satisfaction when you look back.

Q: When people asked me where I say myself, in 5, 10 years or whatever, I always just said “happy”.

S: That’s it. If you asked every CEO in the world “Was this your dream?” – some may say yes, but most will have grown up wanting to be something else. You just have to work hard, and see where life takes you.

Q: Alright, let’s talk about food. We’ve been getting too philosophical! What’s the best meal you’ve ever eaten?

S: The hamburgers the SWOPS teams made me today!

Q: Ha! I’m sure they’ll be happy to hear it. When you think about culture, having worked and travelled all over, what would you think is the biggest difference in Japanese and Australian culture?

S: I feel like Australians really care about their people. That’s not to say the Japanese don’t! I guess the opportunities present themselves differently.

Having said that though, there’s more an emphasis on a work/life balance in Australia. Sometimes in Japan, people don’t talk about their private lives at work. They’re less open. Whereas in Australia people are not afraid to share their feelings, and that’s a good thing! But sometimes you have to stop talking about your life and focus on your work!

Q: Any music you’d recommend? What’s your favourite song in the world?

S: I’m really into music. I have always been. The first song I can remember hearing that wasn’t Japanese was ‘Stand by Me’ by Ben E. King. I was maybe six or seven. I remember that because the English sounded so cool to me. So, I literally wrote down how it sounded in Japanese to try and remember the words!

Q: And, any particular book you’d recommend I read?

S: I try to stay away from books that are about management, or the economy. People often read about marketing or leadership, but if you need to understand what’s most important in any aspect – then you should read historical books. It’s the facts.

So, when I read it’s always about history. Mostly Japanese history.

Q: And to finish off, who inspires you?

S: To be honest, the person who inspired me most in the past was my father. But, as I said, he died young and at that time I lost a lot of drive. But his death made me so strong. You have to be strong and think for yourself. I had no one to guide me really, so from that point the person who drove me the most was myself.

You need to look after yourself, it’s what’s most important! 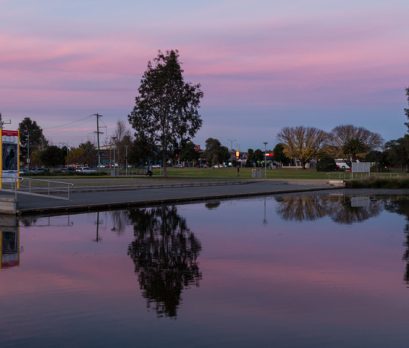