Aurion wishes you a Happy New Year! And because we want you to start the New Year with confidence, we’ve drawn up a reminder list of the major compliance challenges that await you in 2021.

Payroll and HR professionals are in for an ‘exciting’ 2021, with major federal Industrial Relations reforms in the works, the end of JobKeeper in March, potential new reporting requirements for Single touch Payroll (STP) Phase 2 from July – all elbowing for room in your schedule alongside the usual New Year updates.

But don’t panic, Aurion has your back with monthly Compliance Updates and analysis of the IR reforms proposed in the Fair Work Amendment Bill 2020 as it progresses through parliament.

January: new year, new rules
There’s bunch of changes to payroll and HR legislation and regulations that come into effect on 1 January 2021 you might need to be aware of.

February: IR reform debate
The Industrial Relations reforms proposed in the Fair Work Amendment Bill 2020 announced on 9 December 2020 could increase compliance obligations for a many organisations, with:

Unions and the Labor Party have voiced their intention to challenges aspects of the Bill, which will debated when parliament next sits in February 2021.

One of the proposed reforms is a criminal offence for dishonest underpayment, which follows laws passed in Victoria in June 2020 that establishes criminal penalties for employers who deliberately underpay or don’t pay their workers, and new laws in Queensland from September 2020 that makes it a criminal offence for employers to deliberately and systematically underpay workers.

March: the end of JobKeeper
The JobKeeper payment scheme ends on 28 March 2021. Before that date, if you want to stop receiving JobKeeper payments, you don’t need to cancel your enrolment, however you will need to:

July: new super fund and STP obligations
The Commissioner of Taxation has released a draft Legislative Instrument on Single Touch Payroll Phase 2, which requires mandatory reporting of separately itemised payroll components by employers starting on 1 July 2021. Comments on the draft determination need to be submitted by 14 January 2021.

The next phase of the Federal Government’s Your Future, Your Super reforms, commencing on 1 July 2021, includes a measure to keep super funds ‘stapled’ to workers, so that they keep their current super fund when they change jobs.

Aurion is closely following IR reforms affecting HR & payroll, follow us on LinkedIn to keep up to date.

Stay up to date on legislative changes by subscribing to our mailing list for monthly Compliance Updates. 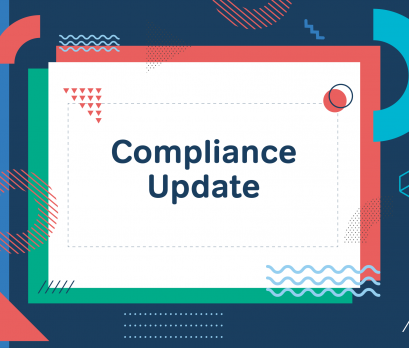 The only New Years Resolution List you’ll ever need