We have a new(ish) government. With the Liberal-National Coalition re-elected in Australia, and with election promises from all parties flying around thick and fast during the campaign – time to summarise Coalition’s election pledges that impact your business, income and work.

Please note – we’ve provided all the dates and details we could find at this stage in the new political term. Most of them are yet to be legislated (and some may not be).

Two significant changes will deliver income tax reduction, including doubling the low- and middle-income tax offset. Taxpayers earning up to $126,000 a year will receive a tax cut – up to $1,080 in your pocket per year for singles and up to $2,160 for couples. More than 10 million taxpayers will benefit, with 4.5 million receiving the full amount.

Additionally, long-term structural reform includes lowering the 32.5 per cent tax rate to 30 per cent from 1 July 2024. This will cover all taxpayers earning between $45,000 and $200,000 and will mean that 94 per cent of taxpayers will pay no more than 30 cents in the dollar.

The government’s newly intorodcued First Home Super Savers Accounts will let first home buyers save for a deposit by salary sacrificing into their superannuation account (over and above their compulsory superannuation contribution). Up to $30,000 per person (and $15,000 per year) in home deposit savings now get the benefits of superannuation taxation – that is, taxed at 15 percent, rather than marginal rates, and withdrawals taxed at their marginal rate, less 30%.

Small business tax will also be cut to 25%.

The new government has already flagged that these changes will likely not take effect until 2020/21.

The new government has committed to creating 1.25 million new jobs over the next five years on the back of an expected increase in GDP in 2019/20 and a ‘strong economy’.

As part of the wide-ranging Skills Package, the government will introduce a new Additional Identified Skills Shortage (AISS) payment to boost the supply of skilled workers in occupations experiencing national skill shortages. From 1 July 2019, the AISS will provide an additional incentive for both employers and apprentices in these occupations. Eligible employers will receive $2,000 at the 12 month point from commencement of the apprenticeship, and an additional $2,000 at completion of the apprenticeship. Eligible apprentices will also receive $1,000 after 12 months, and $1,000 at completion. The AISS payments will be additional to any payments the apprentice or employer may be eligible for under existing Australian Government programs. The new Skilling Australians Fund will also support up to 300,000 more apprentices over four years. This will be partly funded by employers that sponsor migrants under the new temporary skill shortage visa. The government expects these initiatives to create 80,000 new apprenticeships in industries with skills shortages.

Additionally, the new Foundation Skills for Your Future program will support workers who are currently employed, or recently unemployed, to identify any literacy, numeracy and digital literacy needs and access training.

The government’s existing Transition to Work program provides intensive pre-employment support for young people aged 15–21 years to improve their work-readiness and help them into work or study. The government has pledged to expand the eligibility age for Transition to Work will allow disadvantaged young people aged 22–24 to also benefit from the service  from 1 January 2020.

Additionally, parents of pre-schoolers will now receive to receive 15 hours of quality early learning per week in the year before school.

In the 2019 budget prior to the election, the Coalition government pledged that medium-sized businesses with a turnover of up to $50 million will now join smaller businesses eligible to instantly write off assets.

The threshold for these assets has also been increased from $25,000 to $30,000. Businesses will also be given a $4,000 incentive to hire apprentices in industries with skills shortages like baking, bricklaying, carpentry and plumbing. Apprentices will also get $2,000 when they hit key milestones.

The government has also pledged to help 250,000 new small businesses over the next 5 years and create an equity plan to help existing SMEs expand. Will be seeded with $100m in government money and involve government partnering with banks.

A number of new measures will aim to reduce cost of living expenses, including reduced power bills for households and businesses. These include a price safety net to protect customers, a big stick to stop companies ripping off customers and a program to underwrite new reliable energy generation. More than 3.9 million Australians will receive a one-off Energy Assistance Payment to help with their next energy bill and cost of living expenses. The payment of $75 for singles and $125 for eligible couples will be exempt from income tax and will be paid automatically before the end of the current financial year, subject to the passage of legislation.

The Government will end the indexation on Medicare rebates a year earlier than planned. This will make it cheaper to access 119 GP services. There are also various policies designed to reduce costs of drugs, treatment and service related to chronic illnesses.

Full details of all election pledges can be found here. 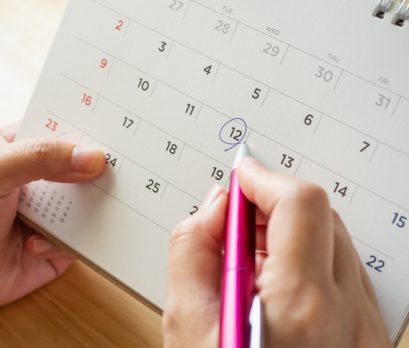 Can I pay my employees monthly?